This is amazing to me.

Humble Bundle sells games, ebooks, software, and other digital content. Our mission is to support charity while providing awesome content to customers at great prices. We launched in 2010 with a single two-week Humble Indie Bundle, but we have humbly grown into a store full of games and bundles, a subscription service, a game publisher, and more.

Currently, Packt is offering some of my books.

Want a *ton* of technical books and donate to charity? 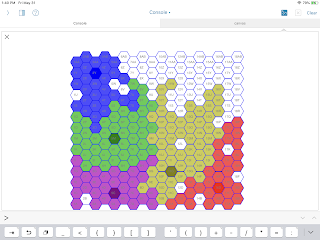 
If you're an iPad user, consider adding Pythonista. You can really write real Python. It's a useful environment. It's fun for teaching.
Posted by S.Lott at 8:00 AM 1 comment:

Circuit Python on the Gemma M0 -- The Red Ranger Beacon

Both of these are (to me) amazing. They mount as USB devices; there’s a code.py file that’s automatically run when the board restarts.

The Gemma has fairly few pins and does some real simple things.  The CPX has a bunch of pins and ton of hardware on the board. Buttons, Switches, LED’s, motion sensor, temperature, brightness... I’ve lost count.

Create a proper project directory on your local machine. Yes, you can hack the code.py file immediately, but you should consider making a backup before you start making changes.

Few things are more frustrating than making a mistake and being unable to restore the original functionality as a check to be sure things are still working.

Also. At some point, you'll want to upgrade the OS on the chip. This will require you to have a bootable image. The process isn't complex, but it does require some care. See https://learn.adafruit.com/welcome-to-circuitpython/installing-circuitpython#download-the-latest-version-3-4 for downloading a new OS.

So. Step 1a. Create a local folder for your projects. Within that folder, create a folder for each project. Put the relevant code.py into the sub-folder. Like this

See https://learn.adafruit.com/adafruit-gemma-m0/troubleshooting for additional help if you have a Windows PC.

Tweak a few things in the supplied code.py if you're new to IoT stuff.

A lot of folks like the Mu editor for this. https://codewith.mu.

I like using BBEdit. https://www.barebones.com/products/bbedit/.  To make this work I *also* need to have


This is a lot of busy screen real-estate with three separate apps open. It's not for everyone. I like it because there's little hand-holding. You may prefer Mu.

It's even more important to see how you're forced to debug syntax errors using the screen app until you invent a suitable mock library for off-line unit testing.

The version of Python is remarkably complete.

It's also a very small processor, with very few pins, so you can't do anything super elaborate.  You can, however, do quite a bit.

Many thanks to @nnja for showing us some elegant, inspirational ideas.